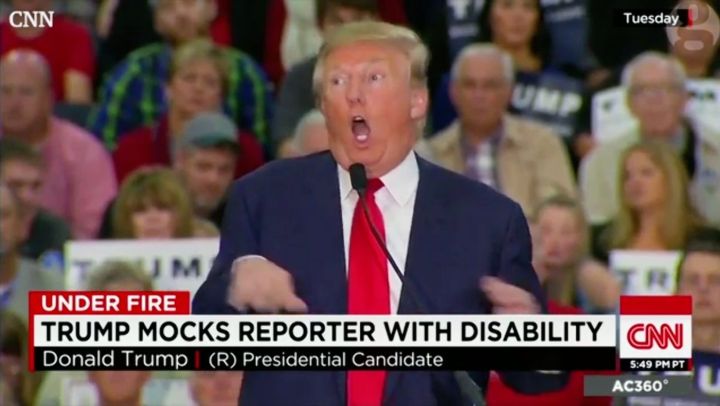 Regardless of whose politics one follows or supports, there is little doubt that the President of the United States has normalized racism and bigotry.

Not only is there plenty of evidence that the President himself is a bigot and perhaps a white supremacist, it is also clear that President Trump has surrounded himself with like-minded advisors, he has also placed like-minded people in very important positions where their views on race, religion, sexual orientation and much more are, to be charitable, horrible.

What was once considered to be in very poor taste only two years ago is now normal. President Trump has given his supporters license to act boorishly and act with ignorance towards any group they don’t like.  It is now normal for a white guest on a talk show to say to a black guest, who’s opinion he doesn’t agree with, “are you out of your cotton picking mind”

Yes, the normalization of such comments. Two years ago that comment could have been a career ender, today it’s ok. It’s ok because the President permits and actively encourages such behavior.

Imagine what would have happened if President Obama or President Bush had called legal asylum seekers animals. The outrage would have been huge but not with President Trump. We have become so accustomed to his dreadful behavior that we internalize it as perfectly normal.

It’s up to all of us to stick up for minority groups who are under siege, living in fear, targets of hate. However there is one vulnerable group that the current regime have attacked who are often unable to defend themselves; people living with disabilities.

The first incident against the disabled was during the election in 2016 when Trump mimicked reporter Serge Kovaleski who has Cerebral Palsy. Trump denied doing so as he so often does but the behaviour was obvious, clear and horrible. The Future Presidents actions should have damaged his election prospects, they didn’t. The normalization of bad behaviour was clearly underway.

In the past week we have another glaring example. This time from Trump political campaigner Corey Lewandowski. Lewandowski upon learning an 8 year old child with Down Syndrome had been separated from her mother used a cartoon Tuba sound that has the same effect as meaning “you lose” or “who cares”

Remember, it didn’t start with gas chambers. It started with politicians dividing the people with an “us vs them”. It started with intolerance and hate speech and when people stopped caring, became desensitized and turned a blind eye. Hate became normalized.

Remember, they came for the disabled first.

America. A once respected world leader, a country that has done so much for the world, now to be remembered for the way it treats its most vulnerable citizens.